Luckily, I read faster than I buy books – so I don’t have too many backlist titles, but there are still a few that have been on my shelf for ages that I either need to decide whether to a) actually pick them up or b) admit to myself that I’m never going to read them and just… get rid.

After all, there’s no point having books I’ll possibly never read taking up space on my already full shelves, so here’s an honest assessment of the books that I’ve had for too long and whether I actually have plans to read them or if I should seriously consider passing them onto someone who would appreciate them more than I do.

This is probably the book on this list I’ve owned the longest. It’s pretty popular and had some recognition from readers I trust, but I just don’t have the motivation to pick it up. I actually own two copies of the first book and none of the rest. Usually, its exactly the kind of book I would go for – but I just haven’t.

I want to read it, but after all these years I can’t imagine I’ll do so. Frostblood is pretty close to getting unhauled. Should I give it a try or get rid?

These are books I definitely won’t be getting rid of, not even if you paid me. I love Victoria and meeting her was one of the highlights of last year – but that doesn’t mean I’ve read many of her books. I enjoyed her A Darker Shade of Magic books, but I DNF’ed This Savage Song. Maybe that’s why I’m so afraid of picking her other ones up. I WANT TO LOVE THEM SO BADLY.

Books 6-7: Before She Ignites & As She Ascends by Jodi Meadows

I heard about these books when the first one made the rounds in a few book boxes, and I’ve had a copy of it since. Then I purchased the next book when it came out. I trust Jodi Meadows, I loved her The Orphan Queen booksand I actually do want to read these two eventually. Eventually. 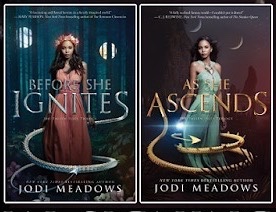 Book 8: City of Brass by S. A Chakraborty

Right, I’ll be honest: I DNF’ed this one. I tried the audiobook and I wasn’t loving it. I was confused 100% of the time and I couldn’t follow anything. I’m hoping that if I decide to give this one another go (which I hope I will, because I have the Goldsboro edition AND the Goldsboro of Kingdom of Copper on the way) I will dedicate myself to picking up the physical copy. Maybe that’ll help me keep track of who is who and what is what. 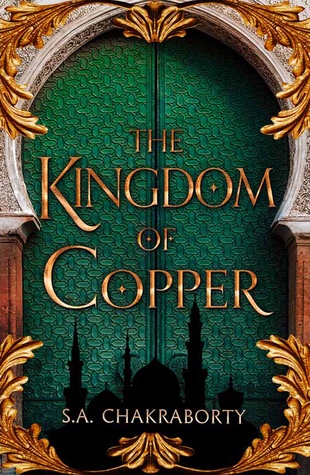 Books 9-10: The Beast Made of Night & Crown of Thunder by Tochi Onyebuchi

I’ve had Beast for forever, but I’ve just never picked it up. I know ABSOLUTELY NOTHING about these two books andbecause of that, they’ve never been a priority. Crown only released recently and I’m hoping that will give me the encouragement I need to pull them off my shelves and dive into a duology I hope I’ll love.

These are the ones on my list I want to read the absolute most. I’ve got Storyteller on the way, and I’m so excited to do a huge binge of all 3 when I finally have the full collection. I’m trusting that I’ll love them because I’ve not read a single Traci Chee book, but they sound right up my alley. And if not, they’re gorgeous and can stay on my shelves for as long as they want. They’ll always have a home with me.

Book 13: Daughter of the Burning City by Amanda Foody

I’ve read nothing Amanda Foody has produced, and I feel guilty. I should be ashamedconsidering how many die-hard fans she’s gathered into an almost-cult. I owned 2 copies of this book at one point, but I traded one away as I really didn’t need both. But keeping one means I should probably read it at some point… right?

PLEASE DON’T HATE ME. This is another DNF, but I didn’t get very far into Nevernight at all. The footnotes threw me off, I didn’t enjoy the writing style and I was just hella confused for the 50 pages that I read. Everyone says that it’s a difficult book to get into but totally worth putting the effort in for, but some small voice inside me says “why waste your time with a book that isn’t easy to get into?. The only reason I haven’t sent these two packing off to a new home is this: I have the out of print, incredibly rare black stained edges Waterstones editions. The ones that sell for thousands now. This is also another reason I haven’t picked them up again, they are currently in mint condition and worth a lot. I don’t want to risk destroying books worth so much that I might not even enjoy. It’s bad, I know – but it’s true.

And those are the main backlist titles on my TBR! They are all still fairly recent, as I only like reading books relevant to this century – so I’m not as far behind as I could be.

That’s what I tell myself, anyway.