My eyeballs have been blessed this year, truly. I’ve had some trudge-through books where I’ve felt like I’m dragging myself through muddy trenches, but I’ve also had some that I’ve absolutely flown through. Overall, it’s been an amazing start to the year – and I’m hear to share what I’ve read with you!

I kicked off 2019 by finishing off Sarah J Maas’s Throne of Glass series, which entailed reading Empire of Storms (4 stars), Tower of Dawn (3 stars) and Kingdom of Ash (5 stars). Now I’m thinking about Tower of Dawn, it really wasn’t as ‘meh’ as I remember it being – but something in me obviously didn’t enjoy it as much as the other two, so I presume my rating was more of a 3.5. Before picking up the series in December last year, I’d been viciously behind, having read Throne of Glass and Crown of Midnight FOUR YEARS AGO and not having picked another one up since! Well, I mean – I bought them all as they came out but I never actually read them. (Shame on me? Shame on me). I have now and officially finished the series though, so I feel considerably less guilty for calling myself a Sarah J Maas fan.

Although A Court of Thorns and Roses was still better.

I then moved onto a couple of books I’ve been dying to read FOREVER, and that was the Daughter of the Pirate King duology by Tricia Levenseller. I read her latest book last year and it was a 5 star possibly-my-favourite-2018-read and I just devoured her writing, the plot and it was basically everything I ever wanted. I’ve owned DOTPK for a few years now, but after reading an ARC of Warrior of the Wild, I knew I had to have more of Tricia’s writing… and soon. I wasn’t going to be able to concentrate fully on all the books I had on my TBR until I’d read these two, and so, they were books 4 and 5 on my list.

I’m really glad I did take the time to read them, as they were jaw-dropping amazing, but I think because of how much I loved Warrior of the Wild, they weren’t quite as amazing as I wanted them to be. If I could get over myself and stop comparing them to Tricia’s later book, maybe they’d get the 5 star rating they deserve. BUT I’M BEING PICKY and they get 4 stars from me. Just because now I knooow how much the author is capable of and gosh diddly darn it if I’m not completely captivated by the memory of Warrior. Is it time for a reread already? Who knows.

Next, I read a book that I got gifted for Christmas. The awesome Caitlin over on the Illumicrate team took part in a little gift exchange the Illumicrate fans group did, and she sent me a book off my wishlist to enjoy! I’ve already sent her a thank you but I just want to mention that she is the sweetest person ever and you should totally go follow her on Twitter @CaitLomas. She sent me Of Fire and Stars by Audrey Coulthurst, which is one she’d read and loved herself. I read it. I loved it. Four stars to my favourite lesbian princesses! (Also, as I was looking for a photo of the cover to put below, apparently there is a book 2 coming out?? Sign me up!!)

Next was an ARC copy graciously sent to me for free in exchange for a review, and it was Circle of Shadows by Evelyn Skye. Harper360UK absolutely love gracing my inbox and I absolutely love gracing theirs with my reviews. They are always attentive and fast at replying and if it isn’t obvious how much I adore them then I obviously need to shout ‘THANK YOU’ louder. Circle of Shadows was nothing like I expected it to be but also just what I needed at the time. I was in a total book hangover from everything I’d read, and I didn’t feel like forcing myself to read a review copy that I know I needed to. Thankfully, out of the few that I felt I had to read – Circle was jumping out at me. I’ve not successfully completed an Evelyn Skye book until now, but it’s what I needed to remind me that I got sidetracked from The Crown’s Game when listening to it on audible and now I should probably go back and remember how much I was loving it. Circle of Shadows had the easiest writing style to read that I’ve ever encountered. I didn’t have to engage my brain to understand anything and weirdly that’s just what I wanted? I could digest a book without having to think too hard about it, and in the end it’s exactly what I needed. I really enjoyed meeting the characters and I loooved the plot. I’m so glad my ARC is now sat next to my special Fairyloot edition. If that isn’t beauty then I don’t know what is. 3.5 stars to Circle of Shadows! 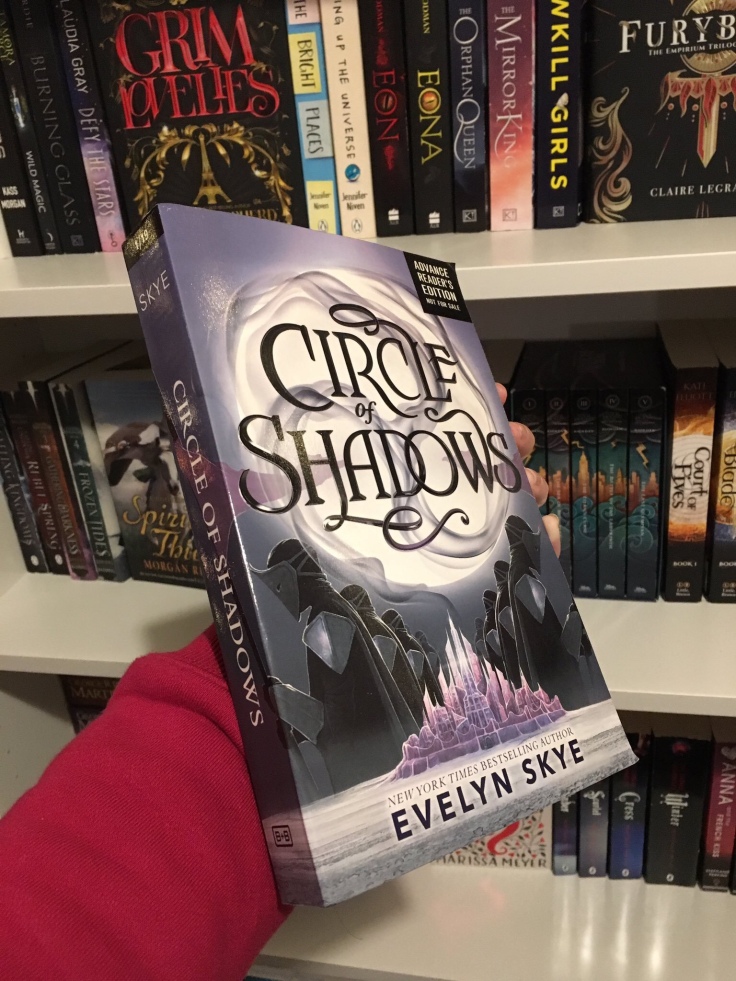 Next is a set of books that nobody on earth should be surprised by due to my constant addiction, rereads and complete adoration of a certain Lux alien and adorable book blogger duo that I can’t seem to get enough of. For probably the 6th time, I picked up Jennifer L Armentrout’s Luxen chronicles and though it took up a lot of the time I should have spent reading new releases and ones still firmly sat on my TBR, I have no regrets. Besides, I have an excuse? If you don’t know, The Darkest Star has recently released and is kind of a follow on from the other books (in the way King of Scars is a follow on from the Grisha trilogy – separate series, same characters). So I totally had to do a reread to be able to read it, right? Right? That’s what I told myself as I picked up my familiar, battered copies of the first 5 books and then ploughed on into TDS. I’m only rating ‘first reads’ this year, so just imagine that I loved all the others as much as I usually do and then have it confirmed by the 5 star rating The Darkest Star got. NO REGRETS. (Also please ignore the trashy covers, I promise the books are SO MUCH BETTER than the cesspit of a cover design they have). 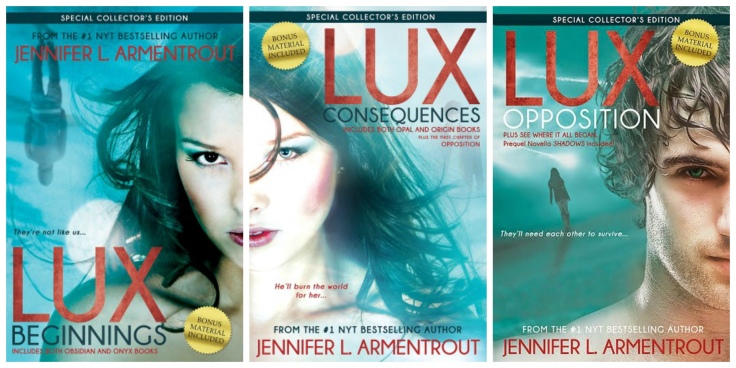 Because I’m was on a series binge in January, I then decided to tackle the 5 books I was most afraid of but also most committed to reading. I had an entirely unread series sat on my shelf, a 6th book up and coming and a distracted mind that was never willing to give them the time they deserved. And so I picked up The Thief series by Megan Whalen Turner.

I can’t describe how conflicted I am about these books.

Because I am VERY conflicted. I loved the first book (4 stars), hated the second (2 stars), was pulled back in by the third (4 stars), took a blow to the stomach with the fourth (3 stars) before finishing the series on a high of another 4 star read. Honestly, there was no consistency with how I was feeling about these books on a day to day basis. But, all in all: I read them. It’s done with. I trust Peruse Project on Booktube’s recommendations a little less. Though I’ve loved everything else she brought up so I can’t complain. Just… UGH. I really wanted them to be my next great obsession. I really needed them to be perfect.

It’s now most of the way through February and I can thankfully say I’ve had a drop-dead-gorgeous reading month so far (update to come in another blog post!), and therefore I’m a little less hungover on my frustration of The Thief series. Reading 11 consecutive above 4 star reads has calmed me down a little bit. And made sure I stay in love with reading.

Until next time, what have you been reading? Have you read The Thief series? What were your thoughts?