It is finally time for me to participate in my own book tag. You’ve seen Julie Kagawa’s answers, and even Charlotte from https://charlottesomewhere.wordpress.com/ beat me at doing this tag.

I have no excuse. (I actually have like a million that I could mention but I’m just gonna do the tag instead of writing them all out c;)

Question 1: Music: Flutes are heavily featured in Shadow of the Fox, but are they your favourite musical instrument? If not, what is your favourite? (And why)?

I actually play a musical instrument so I’m pretty sure my answer is 100% biased but I love the euphonium and would generally just love to play it forever. Although that would kill my arms because that thing is heAVY. 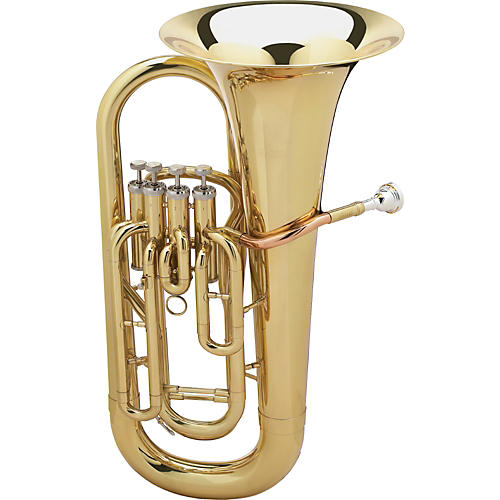 Here is a photo of a very shiny euphonium for reference, as no one has heard of them. They are about 90cm tall pretty wide. So bIG.

Question 2: Demons: Many of the main characters are plagued by mythological demons. What is one rational / irrational fear of yours?

A rational fear is heights. I’m pretty confident that I’ll die by falling one day. Especially at theaters, those places seem to be the worse for my fear. Also escalators. And places made of glass.

An irrational fear is that I’ll lose literally every one I love in a car crash. And I’m lucky enough to have a lot of people I love, so that’d be like 50+ people who would have to be involved in a car crash. I have this repeating dream that I’m getting married or hosting a big event or something and they are all coming in separate cars down the same road and I loose them ALL in one big accident. The amount of times I’ve had this dream is in the double figures.

Question 3) Kitsune: A human with aspects of a fox is featured in this book, if you could be part-animal, what animal would you want it to be?

I’m pretty much the human-version of a cat. Sleepy, cuddly and obsessed with pretty things like lights. I like to curl up by the window in patches of sunlight too. I’M A CAT.

Question 4: Scroll: The scroll promises to grant a wish that will spark a new dawn. If it existed in this world and you got your hands on it, what would your single wish be?

Ajasjdasdklaslk; so many things. It depends whether I want to answer this question selfishly or not. If you had asked me a few months ago I would have said to have Brendan’s (my boyfriend) visa granted. Luckily, that’s happened now. So I get him for at least 2 years, which is the biggest blessing and my heart just about breaks everytime I think about it. He’s arriving in January and I just—

Question 5) Dragon: Everybody obviously adores dragons, but do you have another favourite mythical creature?

YES I DO: Phoenixes. For some reason I’ve always been obsessed. I think I first realised my obsession when I was around 11/12 and playing on a minecraft faction server. I named my faction the Phoenix’s and we took over the woooorld. Since then they’ve had a special place in my heart. WHICH MEANS I’M TOTALLY EXCITED ABOUT CROWN OF FEATHERS. LOOK AT IT.

Question 6) Samurai: Shadow of the Fox has a wide range of strong characters who are great at kicking ass. Who is one strong fictional character (from any book/ movie) that you love?

Considering I made these questions I’m finding some of them incredibly hard. I’d probably choose my love, my life Emika from Wildcard & Warcross. Also Rose Hathaway from Vampire Academy.

Question 7) Magic: This YA fantasy is packed full of magical elements. If you could have one magical power what would you want it to be?

Either teleportation or flight.

Teleportation because it’d mean I could visit Australia whenever I needed, and I’d see my boyfriend so much more.

Flight because then I wouldn’t have to be afraid of heights anymore. In theory.

Question 8) World-Building: If you could go on holiday for a week right now (to any fictional or real place), where would you go?

If I have to say a real place that isn’t Australia, I really love Spain. It’s too hot and I speak 0 Spanish but I’d go there.

For the sake of it, I’m also going to choose a fictional location. (Though in most fantasy worlds I’d die within seconds). I’d really love to be part of the fae race of A Court of Thorns and Roses. Hopefully one of the good houses, but beggars can’t be choosers.
Question 9) Fantasy: What is one fantasy book you’d recommend to someone who loved this book?

Empire of Sands by Tasha Suri. Okay so I’d say this whatever book I read because if you love fantasy, you’ll love this one. Shadow of the Fox and Empire of Sands are sat next to each other on my bookshelves. Eee.

I was going to tag Charlotte, but she’s beat me to it. SO I TAG EVERYONE WHO LIKES THE LOOK OF THIS. Even those of you that don’t have a blog. Tweet me your answers or something, I’m everywhere and I’d love to know more about you! ❤

2 thoughts on “Shadow of The Fox – Book Tag [Original]”